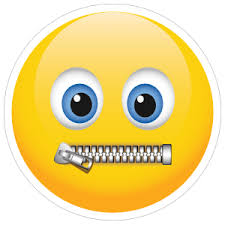 We all know the Miranda rights – “You have the right to remain silent, anything you say can and will be used against you…” Even though we know we have the right sometimes we don’t use it. Maybe because the person believes they can talk their way out of any trouble or maybe as Ron White said, “I had the right to remain silent, but I didn’t have the ability.” Pretty sure intoxication was the factor in his story, but drunk dialing or drunk chatting with the police is generally not a good idea.

They really mean it when they say anything you say can and will be used against you in a Court of law.  Whatever you say to law enforcement is noted.   For instance, during a DWI arrest asking the officer, “Do you feel like a hero now?”  That makes the report.   Also gains you some extra fines or community service.

Another common scenario, during your ride to the police station telling the officers all the reasons your arrest is wrong, those get recorded.   Your phone call from the jail it is recorded, just like the sign posted right next to the phone says.  Not to mention the irritating robo voice that reminds you frequently the call can be monitored and recorded.  It is recorded and provided to your defense attorney.  It is now evidence.

“Anybody who understands what goes on during a police interrogation asks for a lawyer and shuts up,” ― James Duane, You Have the Right to Remain Innocent

It is a very rare occurrence that an attorney would advise you to meet with the police for an interview, especially without the attorney present.   A good rule of thumb is if you are being asked in for an interview where you could be a suspect or person of interest – DO NOT go without an attorney.  If you get there and are being asked to waive your Miranda rights do not sign the waiver, ask for your attorney.  The interview stops the moment you invoke your right to counsel.

The fact you are being asked to waive rights is an absolute clue that there is the possibility of arrest.  It is also an indicator that without your statement or confession there is not sufficient evidence for arrest.   Most people are arrested prior to being asked to interview or make a statement.  Most times there is sufficient evidence for arrest from witnesses, physical evidence, video/audio recordings and other investigation to make an arrest without ever talking to the suspect.  If the police need a confession to make an arrest, the case is probably not strong on its own merit.  That is why you should ALWAYS ask for an attorney.

I hear lots of reasons why people chose to make statements without an attorney.  The most common thing I hear, “Innocent people don’t need attorneys.”  Really?  You say you are innocent, yet at the end of the interview you got arrested.  Your words can be twisted.  You can say things that you think sound reasonable, that the officer doesn’t find reasonable at all. If you are being questioned about a crime, they are looking to make an arrest.  That officer has a job.  The job is to solve a crime by arrest.